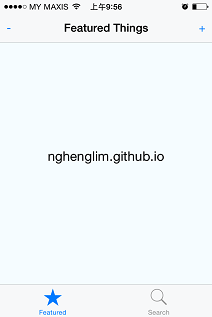 What I have now

The real advantage of react native on iOS

React Native are able to release the update quicker than the native apps. It is due to the nature that native app have to go through Apple QA process even for minor upgrades.

WebView App can also do quick update just like for react native, however it cannot utilize the native resource of the phone itself for example Address Book, Camera and Database storage.

The future of mobile development

For the future, the mobile developer will have this 2 major types: